Set between the events of Diablo® II: Lord of Destruction® and Diablo III, Diablo Immortal™ immerses you in a fractured and recovering Sanctuary. With Archangel Tyrael supposedly dead, and with the shards of the shattered Ecumenical Stone still polluting the land, the fate of Sanctuary rests in the hands of brave walkers. You must commit to fight, for humanity cannot succumb to the evil of the Burning Hells.

Save Sanctuary on mobile and PC. 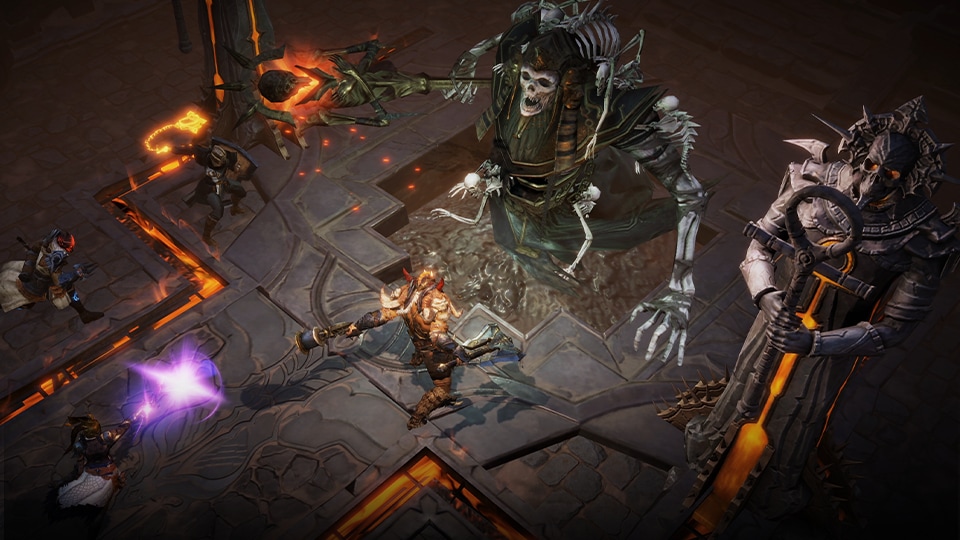 Slaying countless demons, acquiring powerful loot, and exploring a nightmarish landscape are once again in the spotlight in Diablo Immortal, a free-to-play title in the Diablo franchise. Available on Android/iOS and PC, experience classic Diablo gameplay on the go. 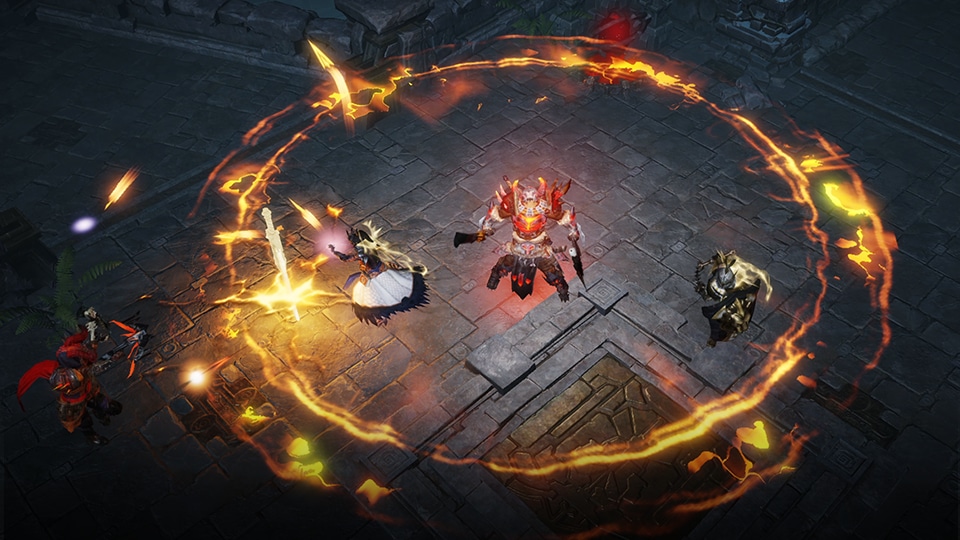 The demon hunt became a team effort. Forge alliances with other players and work together to purge Sanctuary of evil in Diablo's first ever massively multiplayer online action role-playing game. 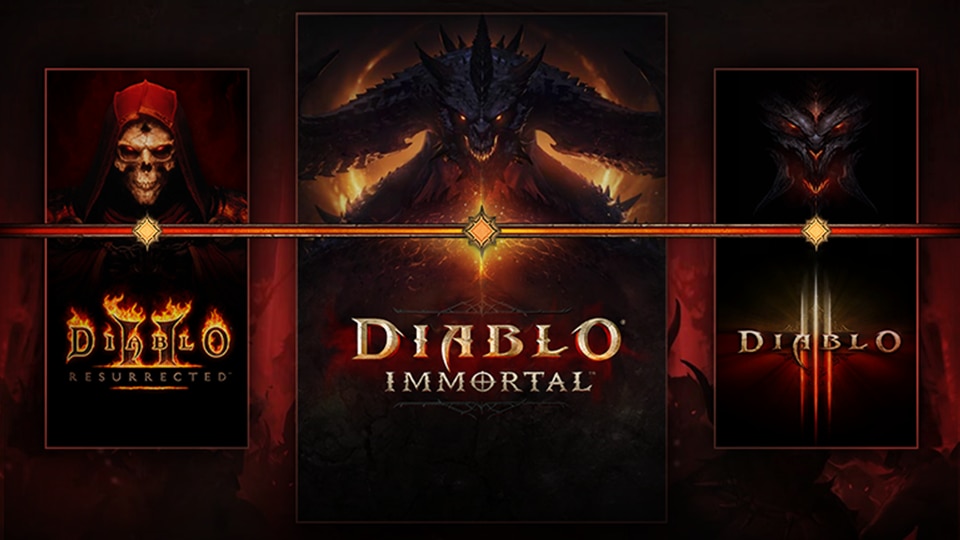 A hidden chapter of the Diablo® saga

Battle your way through an all-new story, revealing historical events that occurred in Sanctuary between Diablo II: Lord of Destruction and Diablo III. 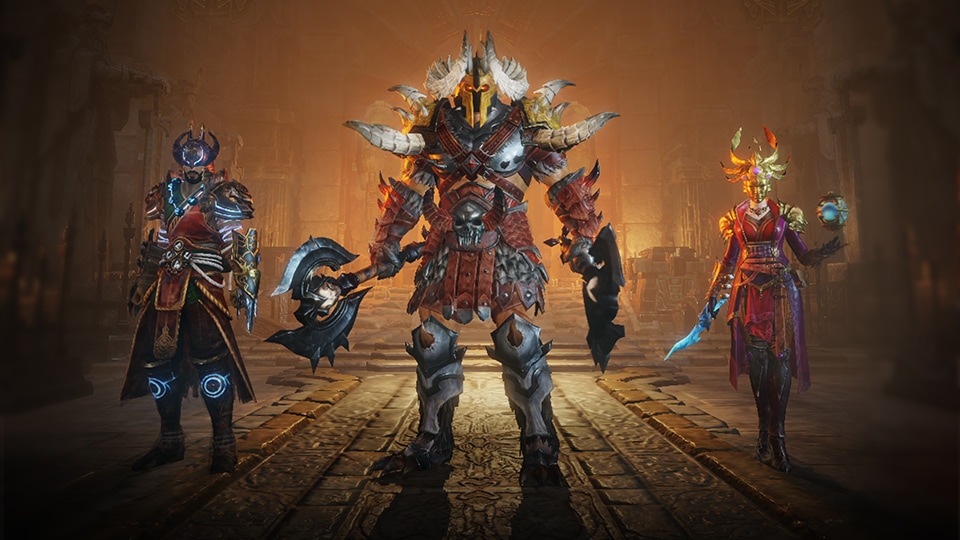 You decide how you play Diablo Immortal. Six different classes at your disposal, each with unique ways to eliminate demons. Will you crush your enemies with the edge of an axe, vaporize them with masterful arcane power, or bombard them with a barrage of crossbow bolts from afar? It's up to you. 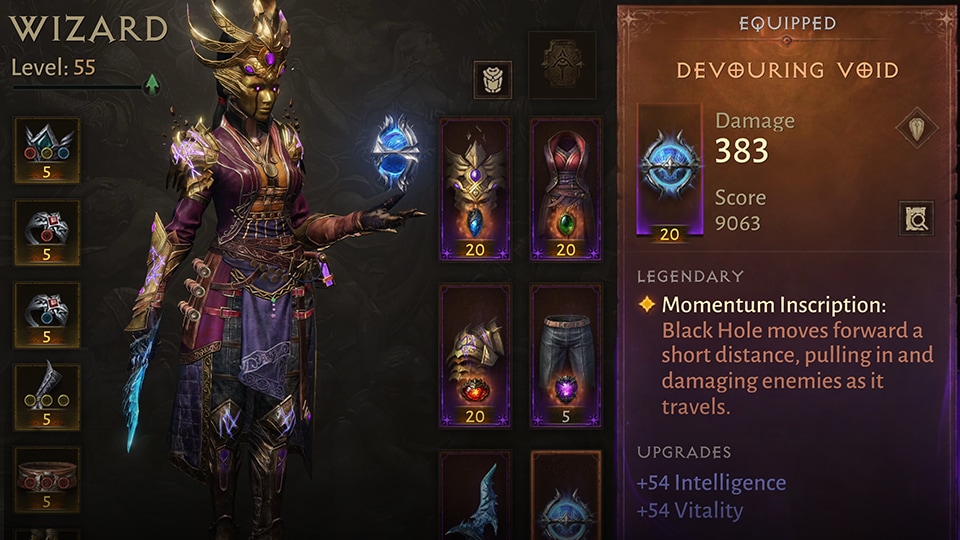 Corpses won't be the only thing piling up as you clear out the hordes of Hell. Earn exciting new gear from your slain opponents, including legendary items that enable new playstyles and provide huge boosts to your character's attributes. Mix and match pieces of gear or look for armor sets that provide unified bonuses. 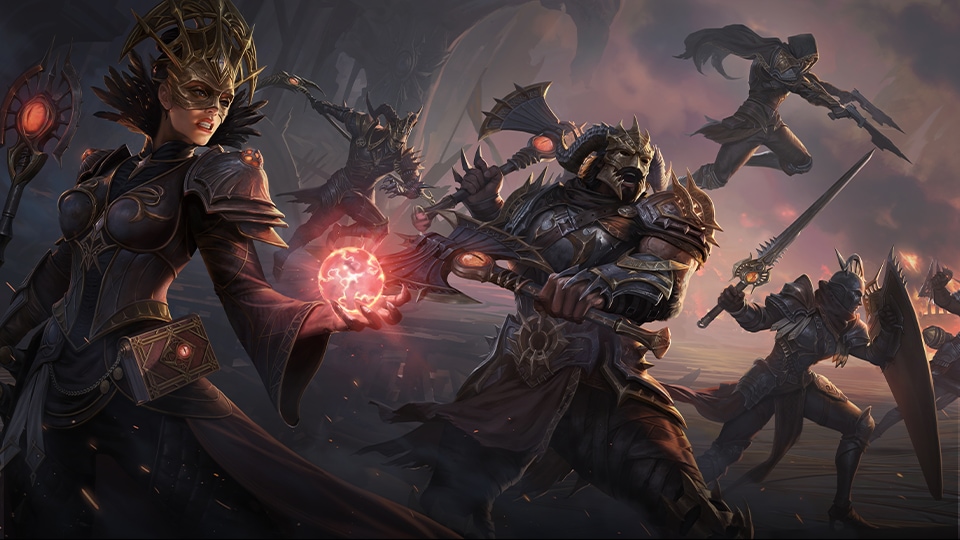 Sanctuary will require the help of all the brave walkers to save it from the demonic invaders. If at least 30 million players pre-register for access to Diablo Immortal, then we will unlock a Skin Born of Light and Justice for all players, the Horadrim Skin Set*.