S/. 205.00
Add to wishlist
DescriptionOpiniones
We fought the virus in Harran 20 years ago. We lost the battle. And we're close to losing again. The City, one of the last large settlements of humanity, is falling apart due to internal conflicts. Civilization went back to the Dark Ages. But we still have hope.You are a wanderer whose power will allow you to decide the fate of the City. But such exceptional skills are never free. You are haunted by memories that you cannot understand. You decide to go out in search of the truth... and end up in the middle of a war. You will have to learn fast, because you will need strength and intelligence both to defeat your enemies and to gain allies. Unravel the dark secrets hidden by the powerful. Pick a side. Decide your destiny. And no matter what happens don't lose your humanity

Live in the city engulfed by the new dark age. You will be able to discover different paths and secret passageways, while exploring its different levels and locations.

Take advantage of your technique in parkour to help you in even the most brutal encounters. Your intelligence, traps and creative weapons will be your best allies.

Wait for night to delve into the dark hideouts of the infected. They hide from the sunlight, but as night falls, the monsters come out hunting, leaving them empty.

Shape the future of the City. Determine the balance of power in one direction or another by making decisions in a growing conflict, building your own experience.

Play the entire campaign cooperatively. You will be able to host, but also join the campaign of other players and see what differences there are according to the different decisions made. 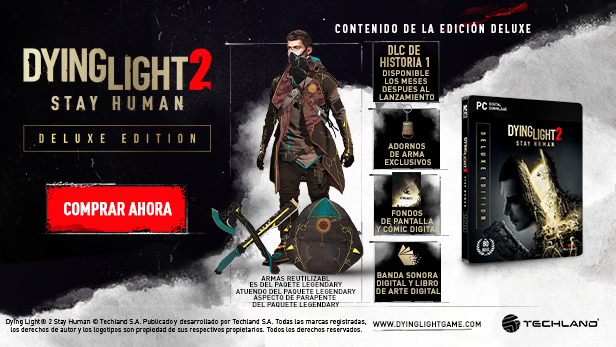 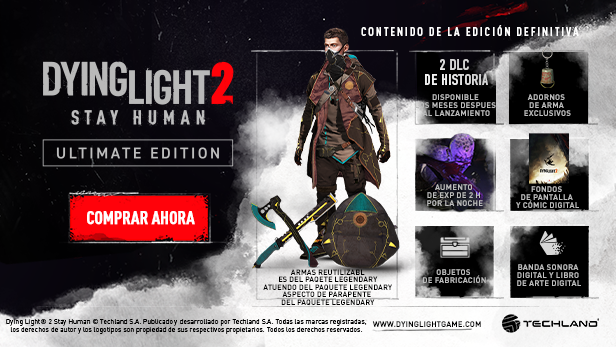