What is the reason for the phenomenon of Valheim, the new success of S With the massification of video games that we live today, it is increasingly difficult to guess what the next success of the month will be. Without going any further, of not having drawn enough attention to Valheim to highlight it among the most promising of the last year. Today, more than a week after its debut on Steam Early Access, it has sold a million copies.

Edited by Coffee Stain Games (Goat Simulator), we are facing the first work of the Swedish studio Iron Gate, which began with just one person (Richard Svensson), expanding to five in 2020, so it remains a most humble product despite the support of the equally Swedish Coffee Stain Games. But what is its success due to? What is special about this game?

"I felled a tree, it crushed me and I died" 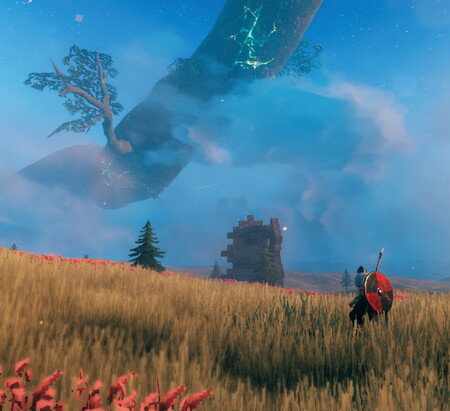 A priori, seeing its graphs as an evolution of MinecraftNot that it particularly attracts attention. And that shares the desire for crafting, also seen in other more modern games, such as ARK: Survival Evolved. But there is something that is surprising if we read his first reviews on Steam, a recurring meme:

[TryskëLiôn] I've been playing for 15 minutes... I managed to make a stone ax with which I felled a tree that fell on me and killed me. Buy it.

[tøny] I killed the first boss and almost died, going back to my house I cut down a tree and it crushed me. 10/10.

[gasston] I chop down the tree on the opposite side so it doesn't fall on me and kill me, but it falls on top of the house and breaks it.

[NyanPower007] I killed a boss in an epic way and then on the way back I fell and drowned.

It is clear that Valheim is not fooling around, being an experience that bets without concessions on the most extreme survival, where we cannot trust ourselves after defeating the most epic of bosses. You also have to look at the environment and not take everything for granted. The scenario itself (procedurally generated, by the way) will be another enemy to take into account, ultimately.

That concern for survival is one of the pillars on which this Iron Gate work is based, the remaining five being exploration, the aforementioned crafting, the possibility of building, fighting (of course) and cooperation with other people, being also an online multiplayer experience. A cocktail already seen in other productions but very careful here to debut on Steam Early Access, at the ridiculous (seen) price of 42 soles.

Valheim, an Early Access with a lot of potential 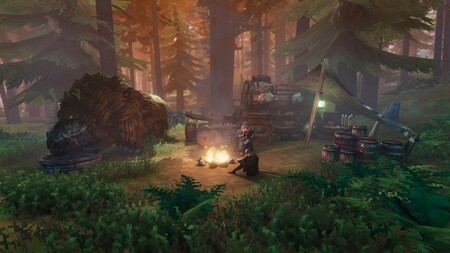 With 96% positive reviews on Steam from the 19,798 people who have left their first impressions, we are talking about a production that has surpassed titles like the most played game this week. GTA V, Apex Legends O Rocket League, which makes it very clear the impact it is having these days.

The fact that its setting is Viking also plays in its favor, since the launch of Assassin's Creed Valhalla, which has brought Nordic mythology back into fashion, with the incentive of being an experience that we can share with other players and with the attraction of creating a fortress in any area.

Although it is not as complex or deep in terms of crafting when compared to others of its kind, it does offer a very flexible system to create settlements, castles, farms or mead rooms, among other constructions, to progress. in his universe, which guarantees many hours...

In addition, its combat system gives paramount importance to blocking and dodging, to penalize those who hit the buttons, while also having a wide arsenal of weapons with which to try out different styles. Ideal to find the one with which we feel more comfortable, that here there are many dangers beyond those "trees that can kill us by cutting them down", of course.

With Valheim, the role as publisher of Coffee Stain Games is once again fully approaching after the deep Deep Rock Galactic and the explosive Huntdown, without forgetting that very soon they will launch update number 4 of the addictive Satisfactory of 2019.